Has over 38 years officiating / umpiring experience with basketball and fast-pitch softball in the Southern New Jersey area. 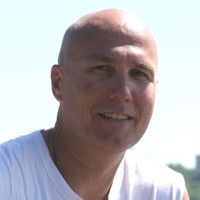 Currently he is an NCAA umpire for the Eastern Collegiate Softball Umpires Association (ECSU) as well as a scholastic umpire for West (NJ) Chapter 5.  Billy was fortunate and honored to be chosen to work various NCAA Division II and III conference championships including NCAA regional tournament selections and a New Jersey State Championship final assignment.

In the business world, Billy has more than 30 years of sales and marketing experience, most recently with Salesforce (NYSE:CRM), the industry leader in Customer Relationship Management and marketing tools.

He is also  the co-author of four Amazon best-selling basketball officiating guides called,“Beyond the Rules (Vol 1, Vol 2, and Best of Ref60)” and the “GameTracker Journal.” Billy is also the co-founder of “60 Seconds on Officiating” a destination site for over 100,000 officials in 80 countries worldwide (ref60.com).

Billy resides in Wildwood, NJ and loves boating, fishing, and just about any activity that will leave sand between his toes.

Between the ebb and flow of a chronic illness that required 32 surgeries, has pushed forward and carved a path of distinction in both the world of basketball and business. 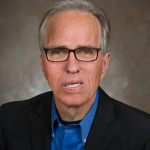 As a 40+ year veteran referee of IAABO Board 34, Tim has worked numerous New Jersey state playoff games and climbed the ladder to the college ranks. Tim officiated as a member of CBOA where he earned Division II and III playoff assignments.

Off the court, Tim was a front office executive for the NBA World Champion Philadelphia 76ers in 1983 and served as the team’s Assistant Group Sales Director and Public Relations Director for seven seasons. Tim later worked as a Sales and Promotions representative for Converse Inc., where he was a two-time Salesman-of-the Year award winner. He also holds a U.S. Patent for a golf training device that received a 4-star rating in Golf Magazine and is the co-author of the sports reference books, “GameTracker Journal” and “Beyond the Rules” for basketball.

Tim is a graduate of St. Joseph’s University (PA) and resides in West Deptford, NJ with his wife Pattie, son Matt and daughter Mary Frances.

We would like to give special thanks to all those who have given support and editorial contribution to make this project successful and have shared their knowledge with officials worldwide. Your expertise is greatly appreciated.

Allison J. Munch is the current New Jersey State Interscholastic Athletic Association (NJSIAA) Rules Interpreter and former rules committee member of the NFHS. She also currently serves as the West Chapter #5 Cadet Supervisor.  Allison has umpired all levels of softball including high school, NCAA Nationals, and the ASA Nationals for over 40 years. She has mentored hundreds of successful softball officials throughout New Jersey and the Delaware Valley.

Ed Sadowski was formerly the USSSA’s Fastpitch Umpire in Chief for the state of New Jersey. An NCAA Umpire with post-season and national championship experience, he also works at the scholastic level for the New Jersey State Interscholastic Athletic Association (NJSIAA) in its southern region.

Michael A. Schiro, Ph.D. came to officiating after a 15 year career as an NCAA Division II softball coach at Bloomfield College.  He is currently Head Clinician and NCAA Rules Interpreter, for the Eastern Collegiate Softball Umpires (ECSU).  Beginning his umpiring career in 1999, Mike has worked numerous ASA fastpitch tournaments at the state and regional level.  In addition he has worked 8 fastpitch National tournaments including both the Men’s and Women’s Major and two 18 and under gold events.  He is a member of the ASA Indicator Fraternity and has received the ASA Region 2 UIC Award for outstanding ability and loyalty. At the collegiate level, Mike has worked postseason NCAA tournaments each year since 2006 umpiring at both the Division II and Division III levels.  He has served as a regional UIC twice – once at the Division II level and once at Division III.

Diane Reuter is the New Jersey State UIC, assigner for South Jersey and 2018 member of the USSSA National Rules Committee representing the Northeast Region. Diane  has been involved with fast pitch softball in many capacities for over 25 years including umpiring for 18+ years for NFHS (West Chapter #5), USSSA, NSA, GSA, Pony and Little League. She has been honored to work multiple NJSIAA Southern New Jersey, Sectional and State finals as well as the  USSSA World Series Semi-Finals and Finals.

Don Briscoe is first and foremost a Board Member of the Duluth (Georgia) Softball Umpires Association. He is on the NCAA umpire staff of the Mid-Eastern Athletic Conference and seven other collegiate conferences, and currently serves as the National Rules Coordinator and Georgia State UIC for the United States Specialty Sports Association (USSSA). Don has umpired for 30+ years and has umpired 16 National/World Series tournaments for USA Softball, NSA, ISA and USSSA. Additionally Don has served as Umpire-in-Chief for four USSSA World Series.